The award-winning contemporary Native American group, Brulé, is proud to announce their participation in the Tournament of Roses Parade, January 1, 2011, with One Nation, a Native American float, one of only a few in parade history. The 122nd Rose Parade themed Building Dreams, Friendships, and Memories, will take place on Saturday, January 1, 2011 at 8:00 a.m. (PST). This celebrated event is broadcast live on ABC, Hallmark, HGTV, KTLA, NBC, RFD-TV, and Univision, and is seen in more than 200 international territories and countries. 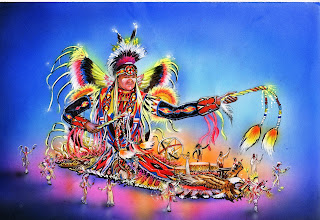 Brulé founder Paul LaRoche, enrolled member of the Lower Brule Sioux Tribe in South Dakota, has performed as the contemporary Native American recording artist for the past 15 years. LaRoche’s unique life journey has brought him to this position as host of the One Nation float. The 2011 Tournament of Roses theme, Building Dreams, Friendships, and Memories, ties in closely with LaRoche’s personal mission that started when the course of his life was forever altered with the discovery of his Lakota heritage.


Adopted at birth LaRoche grew up in white, middle-class America and didn’t discover his true heritage until he was 38. On Thanksgiving Day 1993, LaRoche was reunited with his brother, sister, and extended relatives. Overwhelmed by the experience, he returned to the Lower Brule Sioux Reservation where Brulé was born, a musical synthesis of the two worlds he has lived in. LaRoche has long since dreamed of bringing a message of hope and healing to worldwide audiences through the stirring music and dance of the Brulé entourage that has criss-crossed the country with him for 15 years.

Brulé is now one of the top-selling Native American recording artists with more than a million CDs sold worldwide, and has earned seven Native American Music Awards (NAMMYs) since 2002. Their live performances are currently receiving rave reviews as “a Native American experience of sight, sound, and soul” at the RFD-TV Theatre in Branson, Missouri. LaRoche is also producer and host of Hidden Heritage, a weekly television series that highlights “positive, uplifting stories from Native America” on the RFD-TV cable network.

As Paul has shared, "Being part of the One Nation float is indeed an honor, but the real story is the opportunity to showcase Native America as one nation, to step forward onto this stage with the whole world watching."  Tribal representatives from American Indian tribes will accompany the One Nation float dressed in their tribe's regalia.  It is Paul's vision for all Native ambassadors to come together in a gesture of unity onto this unprecedented stage in an historic, breathtaking visual of Native America.

Viewers can cast their vote for the favorite Rose Parade float online at http://www.tournamentofroses.com/ or http://www.rfdtv.com/ and look for the "Viewer's Choice" link.

All this week I'll be marking the countdown to January 1st and watching Brule' perform on top of the One Nation float along the parade route in sunny Pasadena!
Barbara
Posted by Unknown at 6:44 PM