As I've shared before, my next book project is one that takes a look at the eight-year career of Rookie, the K9 partner of Officer Joaquin Guerrero from Saginaw, Michigan.

In Saginaw--a city plagued with gang violence--Officer Guerrero created Precinct 131, a program for pre-D.A.R.E. kids to "say no to gangs, guns, drugs, and violence."  School kids across mid-Michigan bonded with Rookie, an affable German shepherd, and collected Rookie dolls, puppets, and patches.  On 9/11 Officer Guerrero and Rookie responded to Ground Zero to help in the search efforts.  Working unprotected in the crushed tower debris, Rookie later died from cancer and received an honorary memorial service.

Joaquin and I have talked about different options in the publishing world--traditional publishing vs. self-publishing--and since I am without an agent as of this moment (unless I get The Call soon!) we decided the best route to go was with Beaver's Pond Press in Minneapolis.  Joaquin also mentioned that he would like to have the book available for the 10th anniversary of 9/11...which is obviously next September.  That means the manuscript has to be written by May or June 2011.  And that would be the "final draft'...not the "first draft'!

So yes, I have my work cut out for me these next six months.  I actually got a good start on the first few chapters last week when I retreated to the Lunds/Byerly's cabin in northern Minnesota for three full days of writing.  I brought notes, pictures, & video clips that Joaquin had given me, and even a stuffed "Rookie" for inspiration.

﻿
﻿I spent all of Friday reading through the news clippings and watching Joaquin's video that he took at Ground Zero.  Then I started writing fragmented sections about 9/11 in the manuscript.  Mid-afternoon I took a break and walked over to the fireplace to warm up, thinking about everything Joaquin must have seen at "the pile".  I happened to look down at a basket of books and noticed a picture of the twin towers.  Here was a coffee table book from 1983, "New York...City of Many Dreams" filled with pictures of New York...and in almost every picture the twin towers stood out prominently, as they always did. 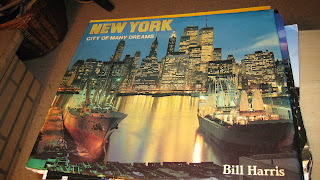 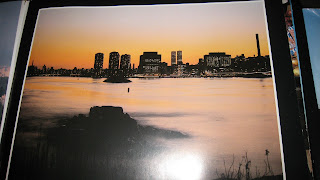 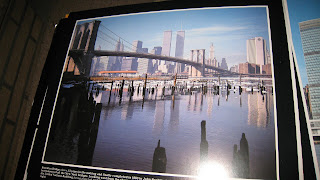 I knew it was more than coincidence.  Things like that always are.  And to explain, this is a company cabin, where many families use it every year.  People bring games and books and leave for others to use and enjoy.  In all the years we've stayed at the cabin--including a week this summer--I've never seen the book there before.

To me it creates excitement, a sense I'm on the right path.  It encourages me to forge ahead and get the story down on paper.  Joaquin's purpose in writing this book is give tribute to K9 handlers and their dedicated partners all across America, dogs like Rookie that work hard and risk their life night after night for nothing more than a ball or pat on the head.

This is the least I can do for them.
Barbara

If anyone can do it, you can. I'm rooting for you.